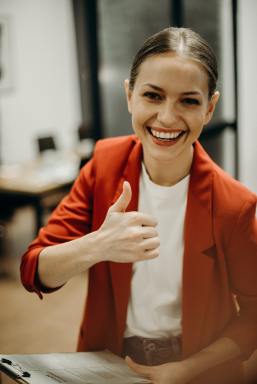 I had always sworn that I would quit teaching before ever taking a position in a program that used standardized test results as the criteria for promoting students.

However, about half way through my teaching career, I found myself in just such a situation. Reflecting back on those three years in that program, I came to see that much of the anxiety caused by my assumptions to be baseless; In fact, I found that standardized proficiency tests* can have a liberating effect on teachers and can carry several positive aspects for programs and staff members.

(*In this discussion, I will be referring to standardized proficiency tests used to determine whether students have the skills necessary to be promoted to the next Reading-level class, Listening-level class, and Grammar-level class, but NOT Speaking or writing classes. The tests can be commercially-made or in-house-made. Also here, I’m referring to discrete-skills programs as opposed to integrated ones. (See • Integrated vs Discrete Skills ESL Courses: Advantages of Discrete Skills)

My assumptions about standardized proficiency tests. I had always assumed that using standardized tests would interfere with the creativity of teaching and restrict how and what teachers taught. I had imagined students refusing to engage in any activity that did not appear to be directly related to their need to pass the test. And I visualized having to “teach for the test.”

1) At the start of each term, I made sure that the students understood what “proficiency test” means and why it is effective.

2) Although quizzes did not affect students’ promotion to the next level, I frequent gave some to give them a sense of their level. Often these quizzes were of a similar format as the proficiency test.

3) I gave individualized feedback either in written form or through conferencing concerning their study habits in the classroom. (See • Most Important Tool for Classroom Management (Case two and Caveat)

4) When I introduced a new lesson, I explained how the lesson would help them develop their language skills and how it could help them on their proficiency test. (See • If You Want To Really Motivate Your ESL Students, This Will Do It. )

Story: How an in-house proficiency standardized test was a game-changer. Team effort.

The problem. In our EAP (English for Academic Purposes) program, for many years, each teacher decided which students should pass their class. Also, if Level 4 (Low-Advanced) Reading teachers wanted to pass a student to Level 5 (Advanced) but realized that the student still struggled with reading, they could pass the student on the condition that the student take our Reading Support Class. At one point, I became the teacher for that support class. The course and materials were designed for a student who were almost Level 5 in their reading proficiency, but I started to notice that for several students, these materials were much too difficult for many of the students.

The solution. From this, we concluded that students were mistakenly promoted to the next Reading level for several reasons:

1) The teachers didn’t clearly understand what reading skills at the next level were required.

2) To pass a level, students were often given points for doing homework. Nobody really knew if the students actually did the assignments themselves. These homework points often allowed students with less-proficient reading skills to pass. Also, some teachers were passing students because the students were making great efforts.

After a few terms, I started to notice a wide range of reading proficiency among those students; some were almost at Level 4, which the course and materials were designed for, but others were much below that level and found the materials too difficult and shouldn’t have been promoted to Level 4 (and in some cases, even to Level 3) . In other words, many students were being pass from Levels 2, 3 and 4 without the skills necessary to be successful at the next level.

To the rescue: an in-house standardized reading proficiency test.

1) A group of eight teachers formed a committee to write sets of reading proficiency tests for each level. We gathered short passages (about 150-260 words), often adapting by re-writing them, and analyzed them using Flesch-Kincaid calculator and VocabProfiler to help us adjust the readability and vocabulary level of the passage. We also wrote about five multiple choice questions for each passage.

2) We pilot-tested the passages with our students. To do this, we analyzed how well students whom we were confident were at the right level did on the test and made adjustments to the passages (or eliminated some passages) according to how well they did.

3) By the end of the term, we had sets of enough proficiency test for each level that teachers could administer to students at different points during the term. Also, we had enough so that we wouldn’t need to reuse the same test during consecutive terms.

Results: The bottleneck of students in Reading Levels 4 and 5 due to so many having to repeat those levels, was eliminated. There was a slight increase in students having to repeat Levels 2 and 3, which indicated that we were “catching” them before they ended up in levels above their reading ability. In addition, within a couple of terms of using the tests, surveys found that teachers felt that their students were, for the most part, in the correct level for their skills. This was a huge improvement compared to previous surveys. Moreover, the number of students in my Reading Support class was reduced substantially, and the ones who needed to enroll were at the proper pre-Level 5.

Sidenote about the benefits of this process. This process proved to be a good bonding experience for the committee members as we worked together looking for high-interest articles to work from and edit each other’s contribution.